Just in time for the 50th Anniversary of The Stonewall Riots that started the Gay Liberation Movement leading to the LGBTQIAA Community and countless numbers of PRIDE festivities happening all over the world, my podcast would like to take a moment and throw some love to some of the out and open performers working in theater today that have stopped by for a chat with me. Having made many strides in visibility, even professions like acting and performing had been plagued by a sort of Lavender Scare of its own. Closeted performers hid and still do hide their identity in order to advance their careers. For many of us in today’s world, it seems crazy to continue that charade. So, for the few and proud who are letting their light shine, I want to take a moment and just say, “HAPPY PRIDE!!!” and “ Hey, gurl, Hey!”

Gregory Allen Playwright, Screenwriter, Author, Actor stopped by my show to talk about what was his latest project,HIDING IN DAYLIGHT. Since that conversation, he’s turned that short play into a short film that recently celebrated a turn at the Cannes Film Festival. This particular piece speaks to the seemingly frightening place that our country MIGHT become. Usually he takes part in the annual Tony Predictions Show, but since he was at Cannes, he just sent his in via email. Please enjoy my conversation with this Out and Proud visionary.

Marcus Paul James the current high energy Tony Award Winning AIN’T TOO PROUD, all while living in his own truth. He is another one of those names that you need to know now, before the rest of the world discovers him. When he sat with me, he was promoting his cabaret show at the legendary supper club, Feinstein’s 54 Below. So in addition to his duties on Broadway, he will be participating in a new series called, Broadway Buskers, where he, along with a roster of other fabulous Broadway talent,will be beguiling Historic Times Square with his dulcet tones and some of his original music. Flash Back with me and perhaps meet for the first time, Marcus Paul James.

Anne Steele Singer/songwriter is one hard working woman, between performance gigs, writing and recording sessions,podcasting,all while maintaining a family life, who makes us all proud. She is currently touring and promoting her latest work, MADE OUT OF STARS. I loved sitting down with her to talk about all of it. Reacquaint yourself with Ms. Anne Steele.


Michael Kushner has made himself a household name among many in the Broadway Community as one of the “go to” photographers. His client list includes many of the fabulous divas working on the Great White Way. He has a distinct flair that comes from not only his confidence as a photographer, but also his love and passion about who he is, and an even clearer picture of what his purpose is. Please take some time and reconnect with this fabulous artist.

Jenn Colella is a Drama Desk Award winning , Tony Award Nominated, Actress, singer, comedian,  who stole my heart as the busy body gossip columnist, Hedda Hopper, in CHAPLIN, and then stole the world’s heart as American Airlines pilot, Beverly Bass, in the Award Winning Musical, COME FROM AWAY. Although she stays attached to the show, she is workshopping a new Shaina Taub musical about the Suffragettes, and she will play the boy who won't grow up in Peter Pan this summer as part of Pittsburgh CLO's 2019 Summer Season. She and I had a great out and open conversation that included everything. I do have a mad crush on her, and you will too. Please revisit my conversation with her.

Tony Award Nominated Actor/Singer , Max Von Essen, is one of the most dashing and talented men of Broadway. We met when he was nominated for the Tony Award for AN AMERICAN IN PARIS. He is currently touring the country as a Leading Man in FALSETTOS. He also has an album/CD available everywhere you can get music entitled, Call Me Old Fashioned:The Broadway Standard. Make sure to Download his Music and go see him as he tours the country. Tell him that i said "Hi", if you happen to meet him at the stage door.

Singer,Actress, and Impressionist, Carly Sakolove, caught me by surprise this year in her fun and amazing performance in Off Broadway’s The Book Of Merman. She has been an off and on cast member of Off Broadway’s The Wondrous Marvelletes, too. After announcing her recent engagement to her fiance, did I realize that she was living her fullest and best life as a complete artist. Please enjoy my conversation with her and discover Ms. Carly Sakalove while she is on her adventures. Embed:

Choreographer and budding fitness guru, Joseph Corella, and I met at his vibrant and fabulous booth at 2019 Broadway Con for his Broadway themed exercise video and classes. He’s creating the type of fitness craze that finally folks who love them some Broadway, can get fit to music that they know and love, with steps that you can learn and enjoy. He recently had a major national launch for 5,6,7, BROADWAY Along with his hunk of a lawyer husband, Joseph’s fitness empire is well on its way. Please revisit and enjoy my conversation with this totes adorbs Joseph Corella. EMBED:

The Cast of Camp Morning Wood gets a special shout out from me, because they are not only OUT, but they are fully naked on stage, in a show that has more to it than meets the eye, and believe me, there is a lot for the eyes. Alex Gagne, Tim Garnham,Brady Vignes, Bryan Songy, Sean Stephens, Michael Witkes,Anthony Logan Cole, Courtney Dease, and Najee Gabay-Knight are baring it all, but their characters have heart and soul. Enjoy my conversation with these awesome and brave performers, and try to see the show before it closes on July 7th. Click here for more information on the show: https://campmorningwoodthemusical.com/
Posted by Keith Price's Curtain Call at 5:22 AM 1 comment:


"A fresh and all-new(d) off-Broadway musical" has pitched its tent on 42nd Street! Camp Morning Wood, A Very Naked Musical launched a four-week limited engagement. I got a chance to sit with some of the creatives and performers in this brave and heartfelt show during the last week before opening. Yes, ALEX GAGNE,  TIM GARNHAM,  BRYAN SONGY,  SEAN STEPHENS, MICHAEL WITKES , ANTHONY LOGAN COLE,  COURTNEY DEASE,  NAJEE GABAY-KNIGHT and BRADY VIGNES are baring it all, but their characters have heart and soul because of the creative minds and direction of MARC EARDLY and JAY FALZONE.  Please enjoy my conversation with these awesome creatives and brave performers.  For more information and tickets on CAMP MORNINGWOOD: A VERY NAKED MUSICAL. Click HERE 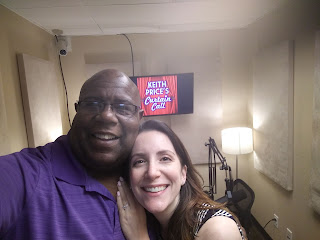 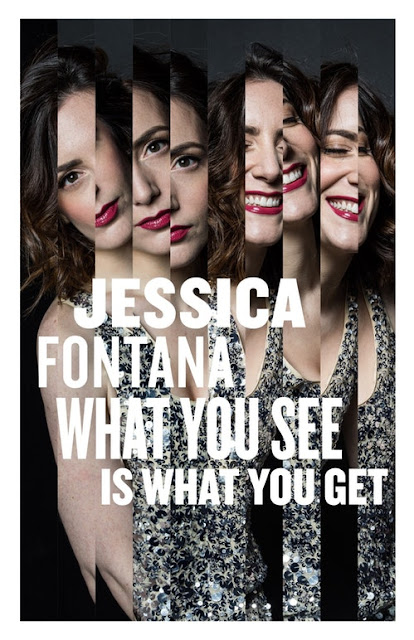 Sometimes when you are a talented actor and just happened to be married to a newly minted Tony Award© Winner, people might overlook that you, too, have a song in your heart and show for a stage.  In her upcoming show, WHAT YOU SEE IS WHAT YOU GET, I think Ms. Jessica Fontana is going to make sure that you know what she can do.  I had a blast and a lot of laughs with her.  We talk about not only her life, her show, her podcast, but we even  go to a weird place in reality TV. Please enjoy my conversation with the ab fab, Jessica Fontana.

Email ThisBlogThis!Share to TwitterShare to FacebookShare to Pinterest
Labels: IDAHO, JESSICA FONTANA, ONCE UPON A MATTRESS, SANTINO FONTANA, THE CUTTING ROOM, WHAT YOU SEE IS WHAT YOU GET 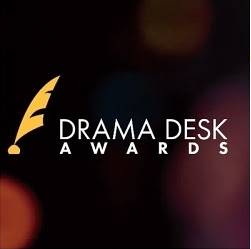 The penultimate award show leading up to the Tony© Awards is the Drama Desk© Awards.  It is a celebration of both Broadway and Off Broadway theater.  In addition to the standard performance prizes for acting, music, sets, writing, and costumes, there are other categories like, Fight Coordinating, Hair and Wigs, Projections, and more.   I fortunately got a chance to work the Red Carpet and the Press Room.  I love working the Drama Desk Awards, because I get the chance to meet some of the new voices that are making interesting and innovative theater.   The list of nominees and winners show the vitality and ingenuity of American theater today. Its also one of the last chances that I get to either meet or briefly interview Tony©Award nominees.   Please enjoy some of the frenzy and fun of the red carpet excitement with me, as well as, a few intimate moments with some of this year's winners.

The 2019 Drama Desk Award Winning Best Revival of a Musical, FIDDLER ON THE ROOF