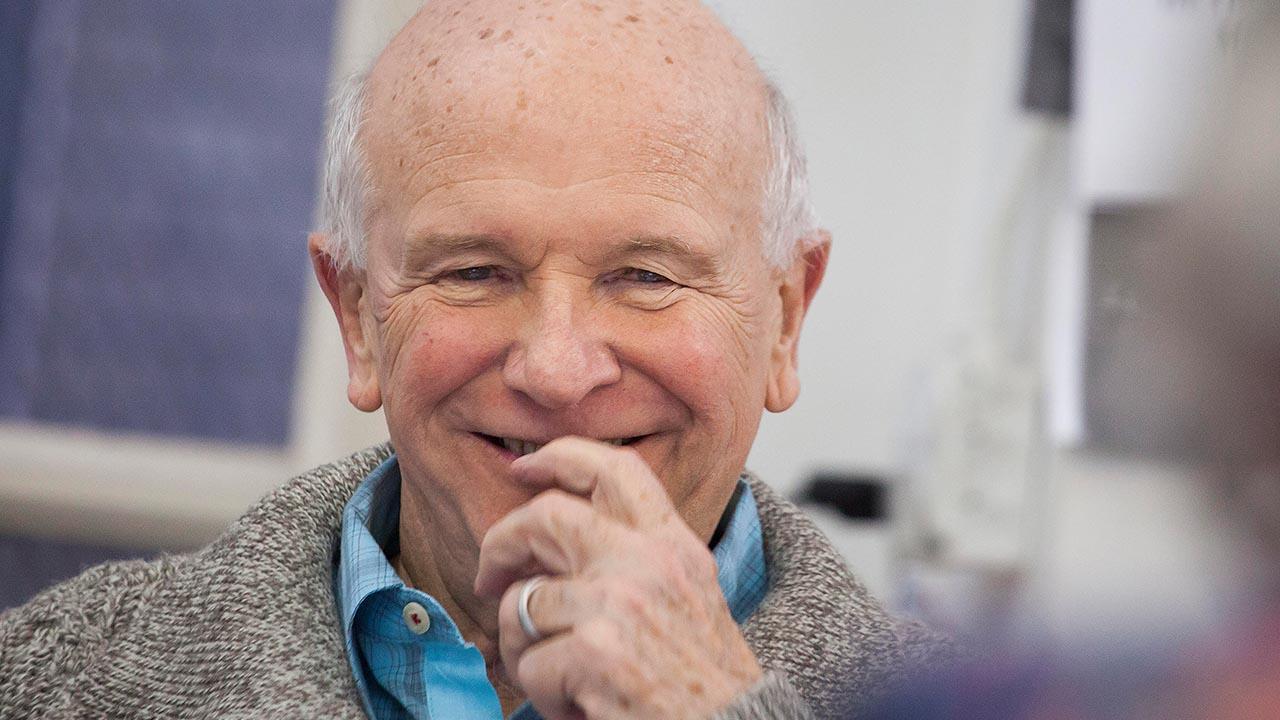 After just celebrating the birthdays of theater giants, Sir Andrew Lloyd Webber and Stephen Sondheim while the world deals with a pandemic, theater lovers are now mourning the loss of four-time Tony Award-winning playwright, Terrence McNally. He passed away due to complications brought on by the COVID19 virus. The loss to the world of American Theater is deeply felt.

I discovered Terrence McNally later in life.  Not being formally trained as a thespian has given me the opportunity to learn about many things in and about theater through the joy of living, learning, and Google. Shortly after coming out of the closet in the 90’s,  I was doing improv comedy in Austin, Texas, and there was a guy on our team who used to mimic Rita Moreno’s Tony Award© winning character, Googie Gomez from The Ritz.  As I was slowly learning about gay culture, this gem was brought to my attention.  I was not familiar with that part of the lifestyle just yet, but my Texas eyes were opening to a life that fear was no longer going to keep me from living.


As I started to learn more about him and his exodus from Texas to New York City in the late 50’s, I realized that there was a little bit of his story in mine. Imagine discovering that you are gay in South Texas during the 50’s?   I mean it sucked for me, but in Austin during the early 90’s, it was a little bit safer because more of us were out of the closet.  We did the same thing by leaving our humble beginnings in Texas for a better life to redefine and reinvent ourselves personally, creatively, and professionally.  Through his work, Mr. McNally gave a voice to many of us in a way that we did not even know that we needed.  He brought plenty of his own personal pain into his work.

I met him only twice.  The first time was at a NYC Heritage of Pride Rally.  I was an out comedian making my debut at the highest profile gay event of my career at that time, and  Mr. McNally and I were on the bill.  I was so nervous because by this time, I knew he created Googie Gomez.

My friend, Angela came with me. She is in the biz and very savvy.  Between running my set over and over in my head, fixating that Mr. McNally is only ten feet away from me, and holding back anxiety and pit sweat, I felt great.   I kept running back to Angela saying , “OMG it’s Terrence Mcnally. I want to talk to him, but I am too nervous.” And with the same tone as the conversation between Lorell and Effie in Dreamgirls right before “MOVE” , Angela asks me “Are both of your pictures on the same page of the PRIDE magazine?” I said, “yes.” She further pushed, “Are your guest badges the same color?” I said , “yes”, and she said, “Then shut up and go talk to him, you BOTH are invited guests.”  I took her advice, and I gushed a little.  I walked over to him and introduced myself.  He was so kind to me. 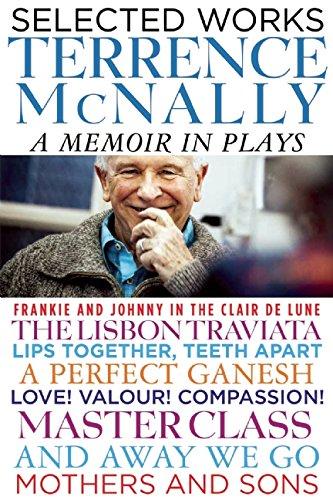 His latest memoir, Selected Works: A Memoir in Plays  had just dropped, and I got the chance to interview him.  I got to chat about the need for his Texas exodus, the importance of his work, and listen to him gush about Nathan Lane.  Unfortunately, I did not get to air that interview, and the file was later corrupted, so the physical conversation is lost forever. Although our moments together were brief, the impact of those meetings has stayed with me.  I am sure that each and every theater geek and reporter in the world will have something great to share about him and his legacy, too. Although he is gone, his legacy will never be forgotten.  Rest in Power.


Posted by Keith Price's Curtain Call at 11:55 AM No comments:

As many of us quarantined theater geeks living in NYC are trying to get through not having live performances, one of our giants, STEPHEN SONDHEIM, celebrates his 90th birthday.  Thanks to COVID-19, many planned events to celebrate him have been cancelled, including the highly anticipated opening of another revival of Company.  I will admit that I was a late bloomer to the genius of Sondheim. I thought his music and shows were something that only the white theater folks would shame me for not knowing well.  Of course, there were many moments in my life that my ignorance of WHO he is, allowed me to appreciate him unconsciously. He wrote the lyrics to 2 of my favorite musicals WEST SIDE STORY and GYPSY.  2 shows that I first saw as movie musicals. I hold them both responsible for awakening my inner show queen, along with Wonder Woman, but I digress. His vast musical theater cannon of shows exhibit a mastery of drama, comedy, and the macabre.


I remember seeing Into The Woods and Sweeney Todd on PBS, and not seeing the big deal at first. Fairy tales and a serial killer who kills people and then gives them to the lady downstairs to make meat pies, were not big on my radar.  At the time, I gravitated to things closer to my experience: The Wiz, All Black Casts of Hello Dolly and Guys and Dolls, Jelly’s Last Jam, and 5 Guys Named Moe. Over the years and out of context, I would randomly hear songs like Losing My Mind, Broadway Baby or I’m Still Here, especially with a big orchestra, being sung by a grand diva like Bernadette Peters, Patti LuPone, Elaine Stritch, Barbara Cook, or Barbara Striesand, and I would get carried away by those lyrics, big finishes, and buttons. Like Blanche Devereaux on the Golden Girls said to the wedding planner, “you just wanna fly right out of here!”


It was not until I was in my first real relationship with an even bigger theater geek than myself that I started to understand the genius of Steve (I heard that is how he signs his personal notes). My ex and I went to see so many shows, and when we scored great seats to see the 2011 FOLLIES revival. All of the sudden, things made sense from a universal place. The longing loss of love along with the other complicated emotions of life are on full display, even with the Demon Barber of Fleet Street. Once my understanding of his universality came to me,  hearing artists later like Billy Porter and Heather Headley interpreting Sondheim's music, I soon felt a new level of soul. The real aficionados of Mr.Sondheim will agree that his work speaks differently to everyone. I admit that his funny and sassy tunes get me every time, and depending on my own state of being, the other tunes are just as powerful. So in honor of his birthday and my endless need to be trendy, I would love to share with you some of my favorite Stephen Sondheim songs.


Gotta Get a Gimmick- GYPSY ( lyrics only)

Everybody Ought Have a Maid, from A FUNNY THING HAPPENED ON THE WAY TO THE FORUM

You Could Drive A Person Crazy, COMPANY

The Ladies Who Lunch from COMPANY

AMERICA from WEST SIDE STORY ( lyrics only)

Have a Little Priest from SWEENEY TODD

LOSING MY MIND from FOLLIES

Let Me Entertain You from GYPSY

Posted by Keith Price's Curtain Call at 6:00 AM No comments: