I love to go to press junkets to bring fun moments to everyone that listens to this podcast.  It really is my attempt to bring you along with me.   On this trip, I went to the press call for upcoming 25th Anniversary Gala for the Abingdon Theatre Company.  They are doing a special presentation of Kander and Ebb's And The World Goes 'Round, as well as honoring 2x Emmy and Tony Award Winning actress, Bebe Neuwirth.

I got to the chance to chat with some of the cast, Brenda Braxton, Nick Adams, Cunio, and Katie Thompson, as well as, Choreographer Deidre Goodwin, and Director Chad Austin.  We talk about not only the gala, but somewhere in the middle we talk about how important theater REALLY is.

Posted by Keith Price's Curtain Call at 6:20 PM No comments:

There are days when I have to pinch myself to the things that I get lucky enough to cover.  Most recently, I was invited to see a new show that is being produced by Academy/Grammy/Tony Award winning, lyricist/composer/producer, Stephen Schwartz, in a partnership with Princess Cruise Lines.  The production, BORN TO DANCE, is conceived and directed by the very charming and accomplished,  Daniel C. Levine, and fiercely choreographed by Al Blackstone. This is Mr, Schwartz's second collaboration with the Princess Cruise Lines, after the success of their previous production, MAGIC TO DO. 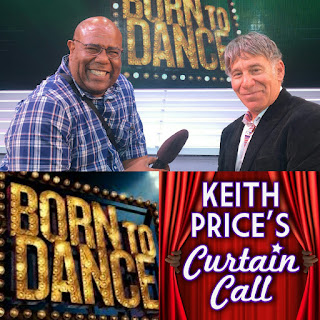 This show is the opportunity for the creative teams to make something that is not only new, but also theatrically thrilling, and it gives the passengers a unique performance experience.   I had the great fortune to not only chat with the both director and choreographer, but I even got some time with Mr. Schwartz.  Please click HERE and enjoy my conversations recorded aboard the Regal Princess in the 1000 seat floating theater.  I need to go on a cruise really soon.

Posted by Keith Price's Curtain Call at 3:11 PM No comments:

Howard Crabtree's WHEN PIGS FLY Will Not Land This Time. 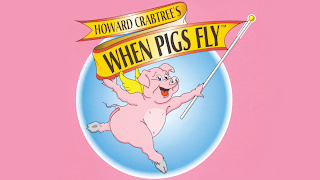 As many members of the LGBT rejoiced at the return of NBC's Will & Grace last week, some theater lovers were equally if not more excited at the announcement of the revival of Howard Crabtree's WHEN PIGS FLY.  While both of these shows debuted in the same year,  I have to admit that I was honestly MORE excited to hear that a small piece of LGBT theatrical history was returning to the stage.  Unfortunately, due to issues with financing, the latter will not be seen, and a generation of theater goers, both hetero and LGBT, will miss the opportunity to laugh and learn about some of the joys and pains of being in the LGBT population in America.


I went to the major press event for the show and managed to secure some fab interview moments  with the entire cast and some of the creatives, including a moment with the AMAZING MULTIPLE AWARD WINNING, Costume Designer, Bob Mackie.  HE was excited to get to add some of his panache to this wonderful show.  In its time,  Howard Crabtree'S  WHEN PIGS FLY, tried to inject some satirical humor in the discourse about the state of the LGBT population in America at the time, like WILL & GRACE's intention.  The only difference to me is that eventually Will & Grace's impact lost steam, once it became so popular to the masses.  It seemed to say that if we, as members of the LGBT population, can make America feel comfortable enough to laugh with us, then maybe they can be more tolerant of us, perhaps see us as human.  Some of that may be true, but who wants to simply be "tolerated"?

At the time of these shows, there was still discrimination at work, no such thing as Same Sex Marriage, and of course, who would have a thought there would be a viable African-American presidential contender that was NOT the Revs. Jesse Jackson and Al Sharpton.   This show took the country's temperature, gave it a few Tylenol, and hoped for some of the homophobic fever would break.   Since that time there has been a lot of great changes, but somehow in 2017,  we seem to have fallen back into an abyss of ignorance and intolerance.


In any case, I loved meeting that cast, and I still LOVE Harold Crabtree's WHEN PIGS FLY. I was beyond excited to see that within the cast, the addition of Frank Viveros ALSO showed that there is just a little bit more room for ALL of us under the rainbow.  The public face of LGBT has changed tremendously in the last 20 years to include people who look like me, too.  I hope that Will & Grace will step up their diversity game soon, as they now have the attention of the world again.  If the producers of Will & Grace have a few extra dollars and looking to support something, then they should help WHEN PIGS FLY.   They could help another generation discover this great piece.

To the cast and creatives that took time out to chat with me, Mark Waldrop, Jacob Hoffman, Frank Viveros, Bob Mackie, Denis Jones, Taylor Crosure, Jordan Ahnquist, and Brian Charles Rooney, I thank you so much for making an old queen happy, albeit brief.  I will continue to follow all of you to see what is next, and I encourage anyone reading this to to follow all of you guys, as well.  Click HERE to hear my press day visit.

Posted by Keith Price's Curtain Call at 12:14 PM No comments:

Best Friends Still Doing Everything Together 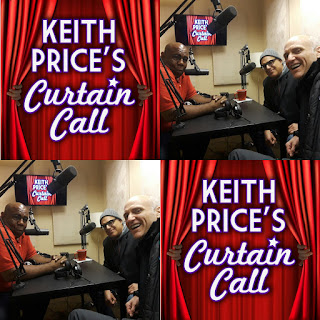 Who knew that Emmy, Drama Desk, Outer Critics Circle, OBIE Award Winning, 3x Tony Award nominated, Lyricist/Composer, David Yazbek, and Emmy Award Winning, comedian, writer, actor, Ted Greenberg, were best friends?  Who would have thought after all of these years that these best friends would be simultaneously having their art represented on New York City stages around the same time?  Ted Greenberg is currently in previews for his one man show, ACE.  Soon to start previews will be his co-conspirator & best friend's show, The Band's Visit.

Posted by Keith Price's Curtain Call at 4:11 PM No comments: