At Abingdon Theater Company's 26th Annual Gala Honoring 2x Tony Award Winning, Donna Murphy, I hustled my way around the press room for some fun conversations with some fabulous people including the honoree herself, Ms. Donna Murphy. Please enjoy my conversations in part 1 with Connor Ryan, Lesli Margherita, Richard Maltby, Charlotte Maltby, and one of my personal Divas, Alysha Umphress.

Posted by Keith Price's Curtain Call at 5:42 AM 13 comments: 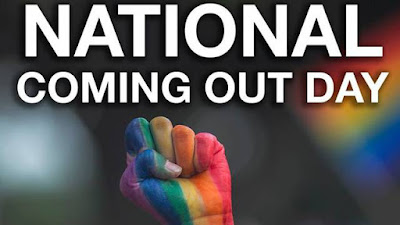 Today marks the annual observance of National Coming out Day.  As I have become a more "seasoned" citizen of the planet, I can say that I have seen many things come and go.  I think about what was happening  in the LGBT world before April 17, 1993, and since.  That was the day that I decided to not lie about it.  I was not going to pretend that a huge part of my life did not exist because it made OTHER people feel comfortable. I can make light of that easily today, but I remember how many tears that I shed that night in Seattle some 25 years ago.  Getting on that plane back to Texas, I remembered how hard it was to tell people whose love and concern that I thought that I would lose.  The anticipation of being ready to handle rejection from  people I expect and the ones I did not expect, can be heartbreaking.  It certainly does prepare you for any career in show business. 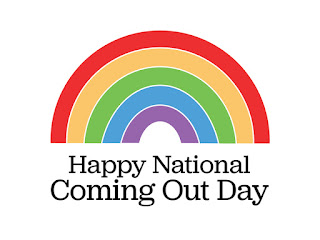 I must say that coming out on stage was the right thing to do for me, too,  because it truly did open up the rest of my life.  I was able to find a career where being gay was ok. Actually, it was mandatory as the first OUT, African-American, gay man, to be on air talent at Sirius XM for 10 years.  At a time when every voice is important, I could have never predicted that MY voice would have been heard all over the country, much less many major places in the world, thanks to the beauty of the internet. If someone would have told me that the bravery to stand in my own truth would have opened the world to me, then I would have never believed them.

For those people that are still struggling to own themselves, or those worried about how their environments will receive them, or better yet, to those that the loss of family and friends will change everything as they know it, Coming Out is never going to be easy. However, hiding in the closet is exhausting and soul killing.  Once you have your own sense of independence, like living on your own, making your own money and friends, then you are already there, and coming out will only make your independence stronger.  Believe me.

Please enjoy my conversation with Shawn Hollenbach on his CLOSET CASES Podcast here: 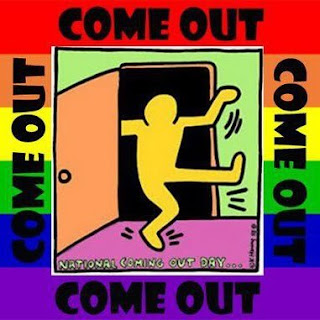 October's Roof Raising at Feinstein's 54 Below 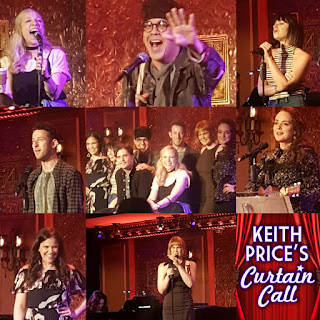 The Fall season is in full swing at Feinstein's 54 Below and some of Broadway's biggest names will be delivering some really great, personal, and fun shows. Make some plans to visit and catch some of the highlights of the month.

2018 TONY© and DRAMA DESK© Award winner, Lindsey Mendez, returns to Feinstein's 54 Below to turn it out and up with her AMAZING voice.  I have been a fan of Lindsey since the moment I saw her in DOGFIGHT.  She showed how amazing her range is in Carousel.   She is truly a one of a kind performer that has broken a few more barriers by just being a talented person, who happens to be Latina!!!!!
2x Tony Award/ 4x Drama Desk Award Nominee, and one of my personal divas, Kate Baldwin, is returning to Feinstein's 54 Below with a new act entitled HOW DID YOU GET MY NUMBER? I will admit that I have major love and adoration for Ms Baldwin and here talent, but after you spend anytime with her, you will love her like I do. Please enjoy my conversation with the AMAZING Kate Baldwin.


Singer, Actress, Writer, Tony Award© Nominee, Melissa Errico, returns to the cabaret stage, to promote her latest project SONDHEIM SUBLIME.  She is putting her love and spin on tunes written by one our greatest lyricist/Composer, Stephen Sondheim. Enjoy my conversation with the ab fab, Melissa Errico.


Singing the unheard songs of the late Jonathan Larson at Feinstein's 54 Below is the brainchild of Producer/Creator/Booker/Theater Historian, Jennifer Ashley Tepper. She has cleverly gathered some of Broadway's brightest and most talented crew,( Krysta Rodriguez, Lauren Marcus, George Salazar, Andy Mientus, and Nick Blaemire) to bring those treasures to life. Listen to my conversations with not only that amazing cast, as well as, their intrepid producer/creator/booker/theater historian.


Click HERE for more information about these and other shows at Feinstein's 54 Below.

Celebrated press agent and author, Susan L. Schulman, drops by the studio to sit and gab with me about the updated edition of her memoir BACKSTAGE PASS TO BROADWAY. We talk about the actual job and its nuances as a press agent.  We talk about some of the AMAZING people she has or had a great relationships with her like Lauren Bacall and George C. Scott, as well as her long time friendship with recent Emmy© Award Winning actor, Henry Winkle  She also tells me some of the updates to the book, including a #METOO moment and how she dealt with it.  It is always fun to just sit and dish with Susan, Please enjoy my conversation with this wonderful woman.

International Singer/Songwriter, Actor, Cabaret Divo, Sven Ratzke, returns to NYC and Joe's Pub to take us further into his love and reverence for David Bowie, in a new unplugged show, BOWIE UNRAVELED. He sits and catches up with me about life, career, and more since our last chat.   Please enjoy my conversation with Sven.

Posted by Keith Price's Curtain Call at 6:26 AM 10 comments: