Seasoned Broadway General Manager, Peter Bogyo, takes some time out of his insanely busy schedule to talk to me about his new book, BROADWAY GENERAL MANGER: Demystifying the Most Important and Least Understood Role in Show Business.  He  gives so much insight to the inner workings of a job that many people know exists, but have no clue of its depth.  The breath of knowledge, as well as, the amount of information that you have to keep in your head at any one given instance, is astounding.  Check out my interview with him HERE, and go get a copy of the book. 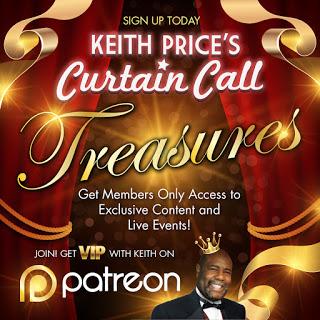 Posted by Keith Price's Curtain Call at 11:46 AM No comments:

James Sampliner is a Hip Cat

Of course to use some of the phrases like the "cats pajamas" or "hip cat", feels like something from the beatnik period, but highly sought after Music Producer/Conductor/Arranger, James Sampliner, is exactly that.  I first met James when he was the musical director for Tony Award nominated actor, Rob McClure's show, SMILE.  I quickly learned of his work and relationship with the world of Musical Theater.  His relationship with some of Broadway's most talented people is extensive.  His most recent collaboration with Grammy and Tony Award winning music producer, actor, singer, director, playwright, Billy Porter, on The Soul of Richard Rogers is AMAZING. 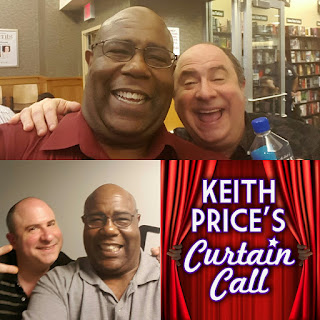 Currently he is the Assistant Conductor for the show, PRINCE OF BROADWAY.  Which, if you are keeping up with me, then you know already know how much I LOVE that show, too.  He talks about some of his favorite memories of meeting Stephen Sondheim, working for Hal Prince, and so much more.   The names that are swirling in his rolodex (I know old school) are enough to make any Broadway lover faint.  Please enjoy my 2 part conversation with the fabulous, James Sampliner.

Posted by Keith Price's Curtain Call at 1:52 PM No comments:

LISA LAMPANELLI WANTS YOU TO GET 'STUFFED' THIS FALL 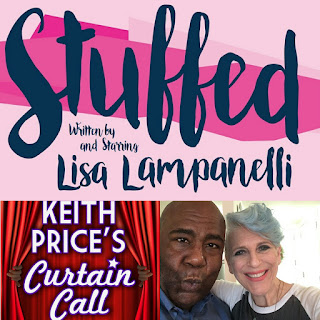 Comedian, actress, Comedy Central roaster, fellow podcaster, and now playwright, Lisa Lamapanelli, takes time out of her busy schedule of touring and writing to talk to me about her upcoming Off Broadway Play, STUFFED.  We talk about her transition stepping into the writer's arena from being a comedian, as well as owning and dealing with her food issues.  Lisa also talks to me about her latest expansion into the podcast world.  It's a joy to chat with not only a talented and committed artist, but truly a friend.  Click HERE and enjoy my conversation with Ms. Lisa Lampanelli.  Also, find out more about Lisa's podcast, GET STUFFED

Posted by Keith Price's Curtain Call at 1:51 PM No comments: